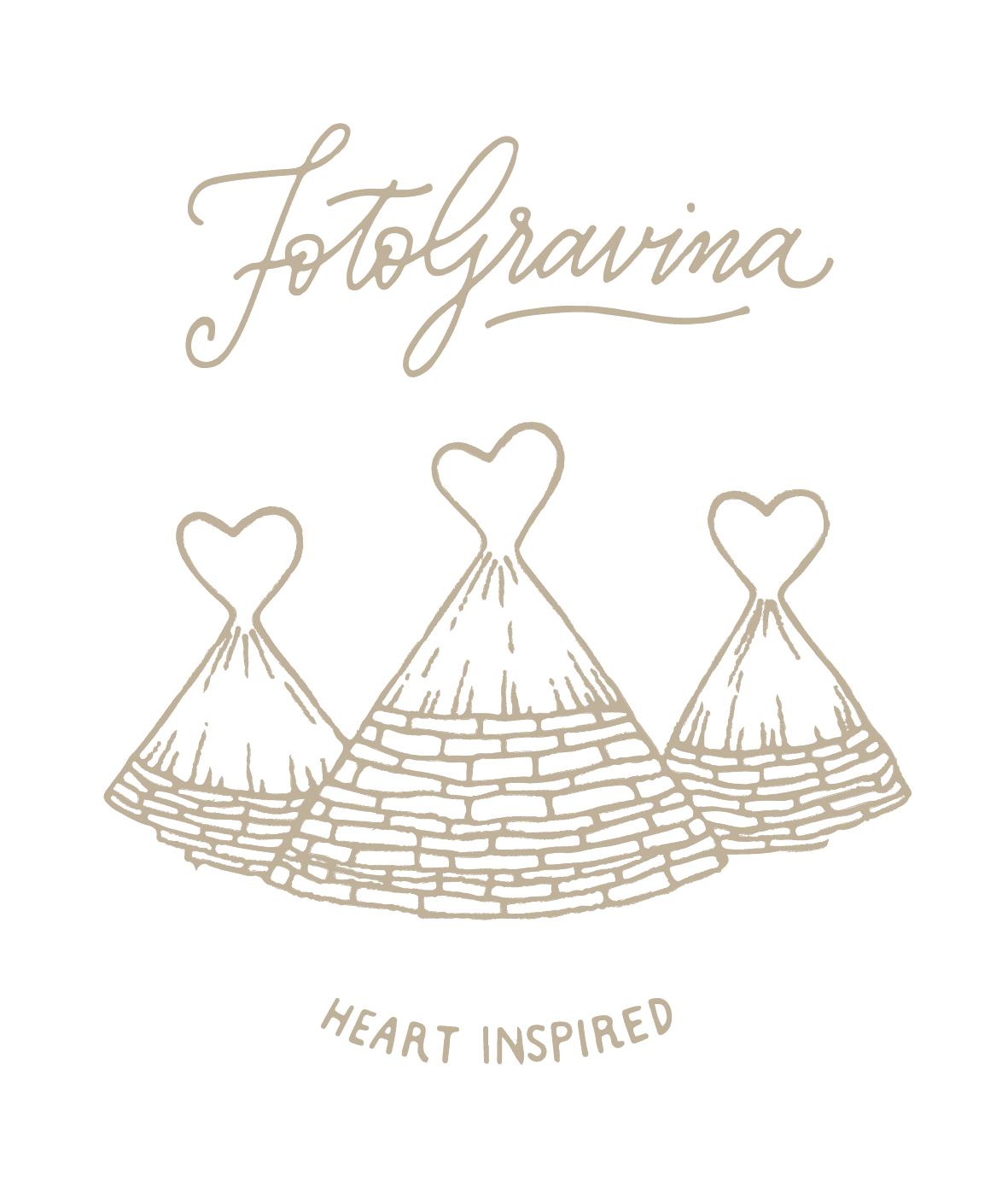 "A beautiful picture is something so subjective. It doesn't have to be technically perfect to be beautiful, yet it needs to be able to re-evoke unique moments and feelings. In one single image, there is so much to say and, even more, transmit to those who look at it, again and again in time."
FOLLOW ME
PREV
This is also wedding photography

from around the world

When you’ve lived all over the world and have friends just about everywhere, choosing a wedding location becomes just a little harder. “We knew we needed a central location, because we had guests coming from Australia, Canada, Bulgaria, Macedonia, New York, Los Angeles and Spain,” says interior designer Boyana Popvassilev of her Italian destination wedding to property developer and Gold Coast native Rick McLaren. “Rick and I like travelling and exploring places that look nothing like where we come from,” she says. So the proposal, in the middle of the Dubai desert after a night under the stars, just worked. “He asked me to marry him in the morning as the sun was rising. The pictures are terrible — I cried, we were sunburnt.”

For the wedding destination, Boyana’s first idea was Sozòpol, an ancient town on the Black Sea coast of Bulgaria, where she had taken holidays from the capital as a child. However, after hearing from friends about the joys of Puglia in Italy while on a tour of Sicily, the couple was instantly sold. “The first time I set foot in Puglia was two weeks before our wedding, and it was more beautiful than I’d ever imagined,” the bride says. The ceremony and reception were held in separate masseria, traditional farmhouses typical of the region’s whitewashed architecture. “Authenticity is most important to us in everything we do,” the bride says. Thus they incorporated such elements as a traditional Bulgarian band and a donkey to carry the grappa as guests moved in a procession from the ceremony at Masseria Don Luigi to the reception at Masseria Lama di Coccaro, a 10-minute ramble through farm fields. In retrospect, the bride admits being able to speak Italian would have been helpful, especially when attempting to organise the donkey, brought from the neighbouring town by a local farmer. Due to the party running late, the couple was required to pay the farmer extra, “but because Rick doesn’t speak Italian, there was a miscommunication and we gave him about 300 euros instead of 30. So in the end, we may have bought a donkey!” the bride recalls. For her wedding-day outfit, Boyana opted for a simple sass & bide strapless two-piece, which she refashioned to look like a wedding dress — a tribute to Australia. “I wanted to wear one piece from all the places I had lived and belonged to [the bride was born in Bulgaria, grew up in Canada and now works between New York City and Brisbane], and, of course, something from Italy,” she says. “My husband loves to dive and go spear-fishing. I chose an Australian South Sea pearl for my ring because it incorporates our story, and it’s timeless,” she says of her other Australian-related piece. An 85-year-old Art Deco engagement ring was her tribute to the US, while her grandmother’s wedding band served as something from Bulgaria. “It was given to me on the wedding day by my family. To date, this is my most prized possession,” the bride says. Add to this a wedding garter given to her by an old girlfriend from her home town in Canada, and vintage Prada shoes (the something Italian). The requested dress code for the 100 guests of

“Italian Summer” just sounded cool. The bride reflects that “Marriage, to us, means family, support and companionship, and rearing children who will use their time on this earth for good.” – JC “ 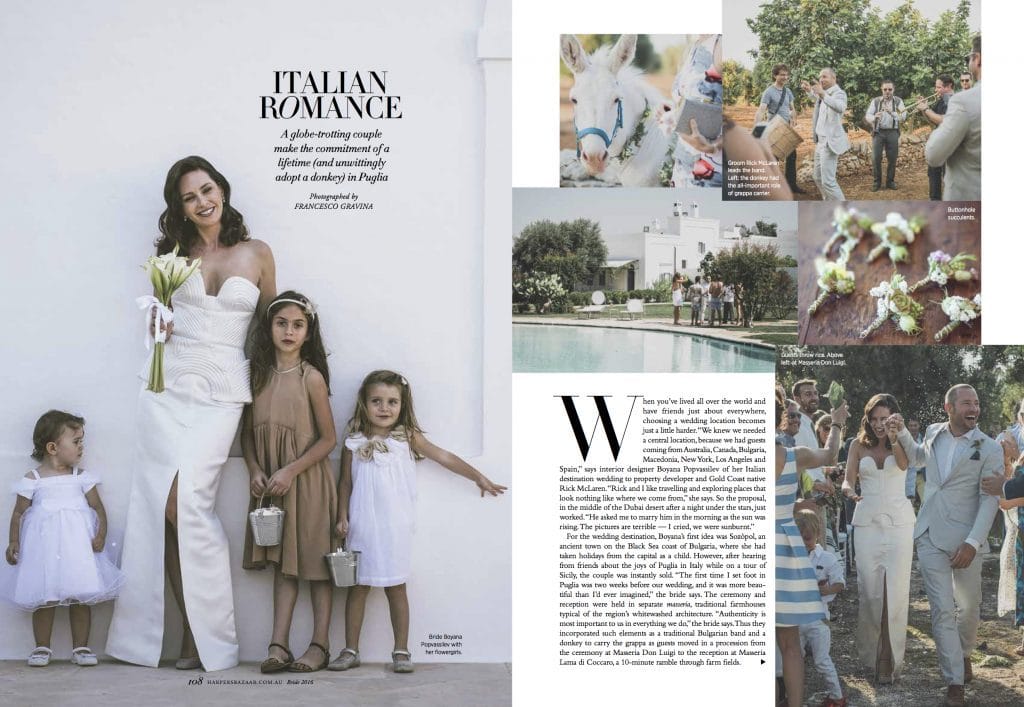 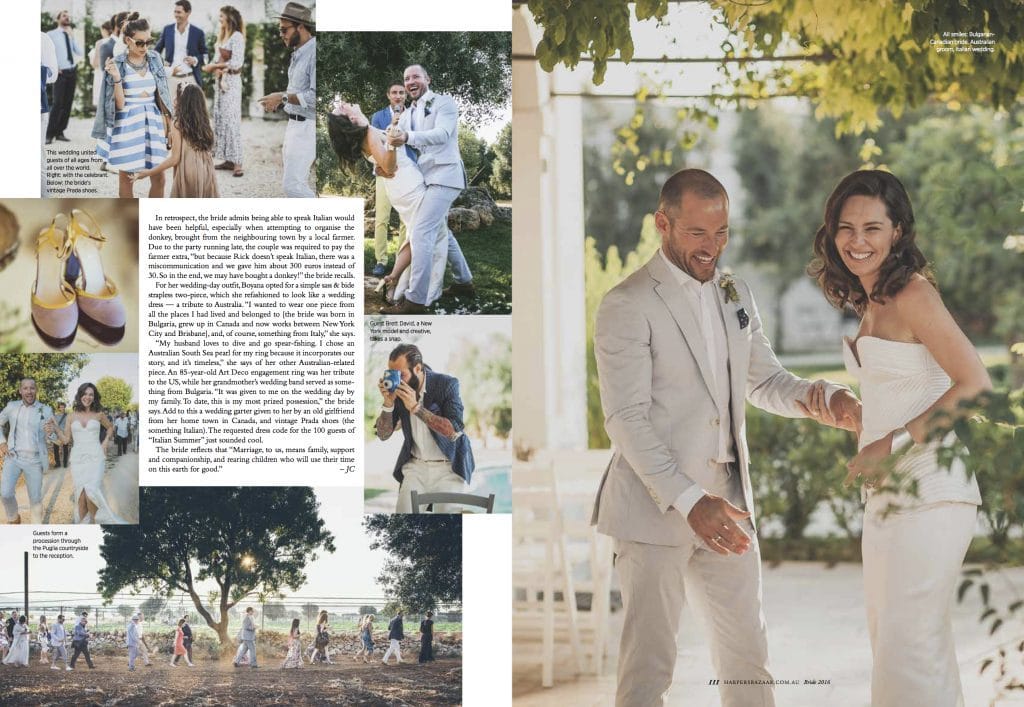 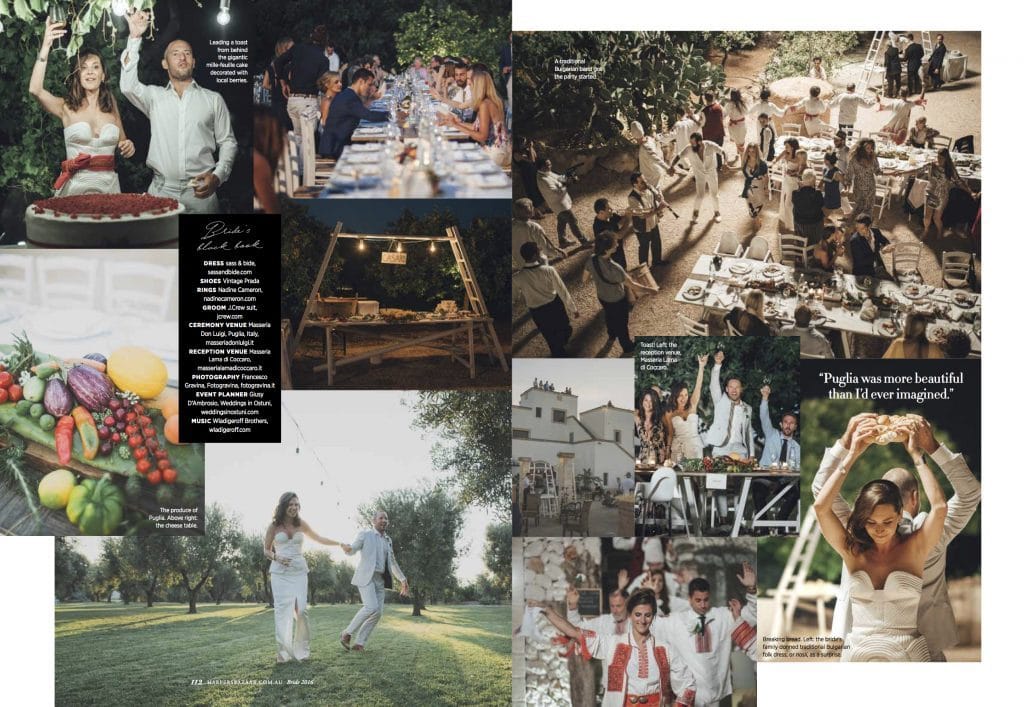 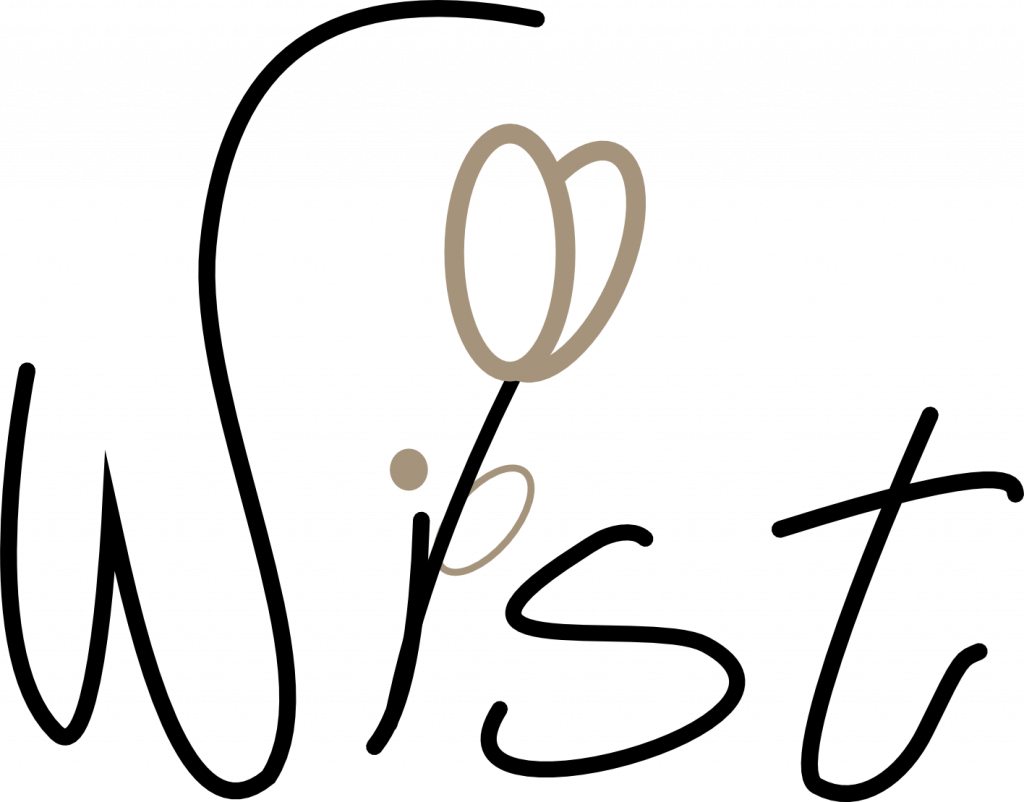 Francesco Gravina is a Italian Destination wedding photographer based in Puglia. He is distinguished by his photography style - wedding reportage, photojournalism and creative intimate portrait - info@fotogravina.it - P.iva 02888220734